Thousands of protesters from across the US gathered in Washington, DC, on Wednesday to protest the presidential vote certification in Congress. 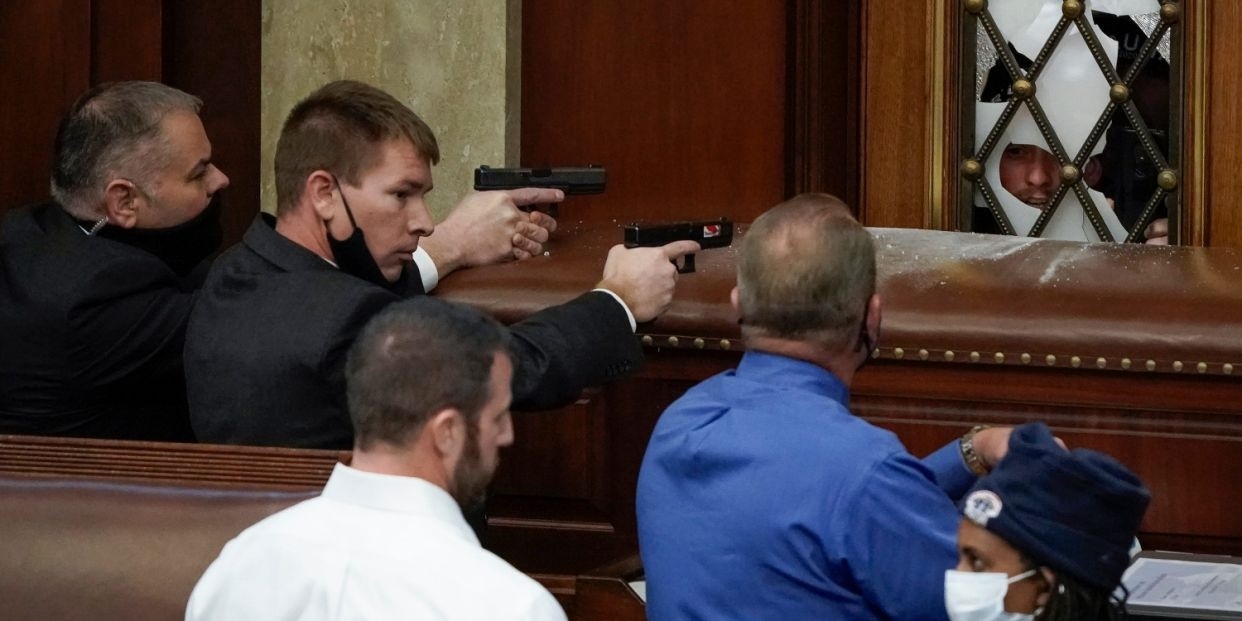 The protests turned into riots, which led to the Capitol being evacuated as rioters stormed the building and halted the vote-certification process.

The US Capitol was secured four hours after being breached.

Before the vote-certification process, Trump whipped his supporters into a frenzy using a groundless claim that Congress could selectively throw out states' electoral votes based on unsubstantiated assertions of fraud.

US officials announced Wednesday evening that the US Capitol building had been secured - four hours after it was breached by pro-Trump supporters in an attempted coup.

The protests grew violent after the president's speech on Wednesday morning in which he told the crowd that he would never concede the presidential election to President-elect Joe Biden.

"We will never give up. We will never concede. It doesn't happen," Trump said. "You don't concede when there's theft involved. Our country has had enough. We're not going to take it anymore."

The president also told his supporters to walk to the Capitol Building, insisting that he would join them to applaud members of Congress certifying the presidential election results. He quickly backtracked, saying that some members did not deserve cheers and did not walk with the crowd.

"We're probably not going to be cheering so much for some of them," Trump said. "Because you'll never take back our country with weakness. You have to show strength and you have to be strong."

Hours later, rioters fought against police while attempting to enter the US Capitol. They ultimately succeeded.