Mayor Eric Adams this week suggested that he thought a residency requirement for the NYPD was “a smart idea,” generating political discussion around what would represent a major shift in rules for city police officers.

Adams framed the potential change as a way for the city to save resources, and derive extra value from its 36,000 uniformed officers. Off-duty cops, Adams said, are still accountable for monitoring for crime when going to church, getting their dry cleaning and shopping for groceries.

Adams’ comments came after he gave a speech Monday afternoon on a series of proposals and changes to city policy and policing aimed at combating gun violence. He did not include advocating for a residency requirement in his “Blueprint to End Gun Violence.”

“We’re wasting taxpayers’ dollars,” Adams told reporters Monday evening after the speech. “You are paying for other counties to be safe.”

Some city lawmakers and advocates for police reform have pushed for police residency requirements in recent years, arguing that it returns more city money to city coffers through tax collection and improves relations between officers and city communities.

Former Mayor Bill de Blasio said he was skeptical of a residency requirement because of the rising cost of housing in the city.

“A lot of NYPD officers who happen to be people of color are living in the suburbs for purely economic reasons, because they can’t find enough affordable housing here,” the mayor said in 2020, according to Gothamist.

The issue of where police officers live came to the fore in 2014, when protests in Ferguson, Missouri, over the police killing of Michael Brown pitted Black residents against white Ferguson police officers who overwhelmingly did not live in the town.

Police officers can live in the city or in six nearby counties in New York: Nassau, Suffolk, Westchester, Putnam, Rockland and Orange.

Currently, 48% of police officers live in New York City, and 52% live outside of the city, according to the NYPD. The NYPD did not offer further information breaking down which counties officers live in, or what proportion of civilian NYPD employees live in the city.

On Monday, Adams said he would support a residency requirement law that allowed officers who currently live outside the city to remain there.

He argued that the city misses out on hours of protection from off-duty officers.

“Why are we using our tax dollars to pay for an officer to be here for eight hours, and for 16 hours he's going to one of our [six] neighboring counties and protecting them?” Adams said.

The NYPD patrol guide contains numerous guidelines, including reporting and addressing criminal incidents, for uniformed officers who are off-duty. Off-duty officers are also allowed to carry service weapons and pepper spray when they receive specific training.

Adams said that the police commissioner, Keechant Sewell, was working on a program to encourage young officers to move back to or stay in the city, but offered no further details.

Yet it is not the city’s decision: State law allows police officers to live within about 25 miles of the city they serve.

“It can really help us in two ways: have a more committed, caring police force but then also bring much needed income to our communities and help the economic standards in our communities as 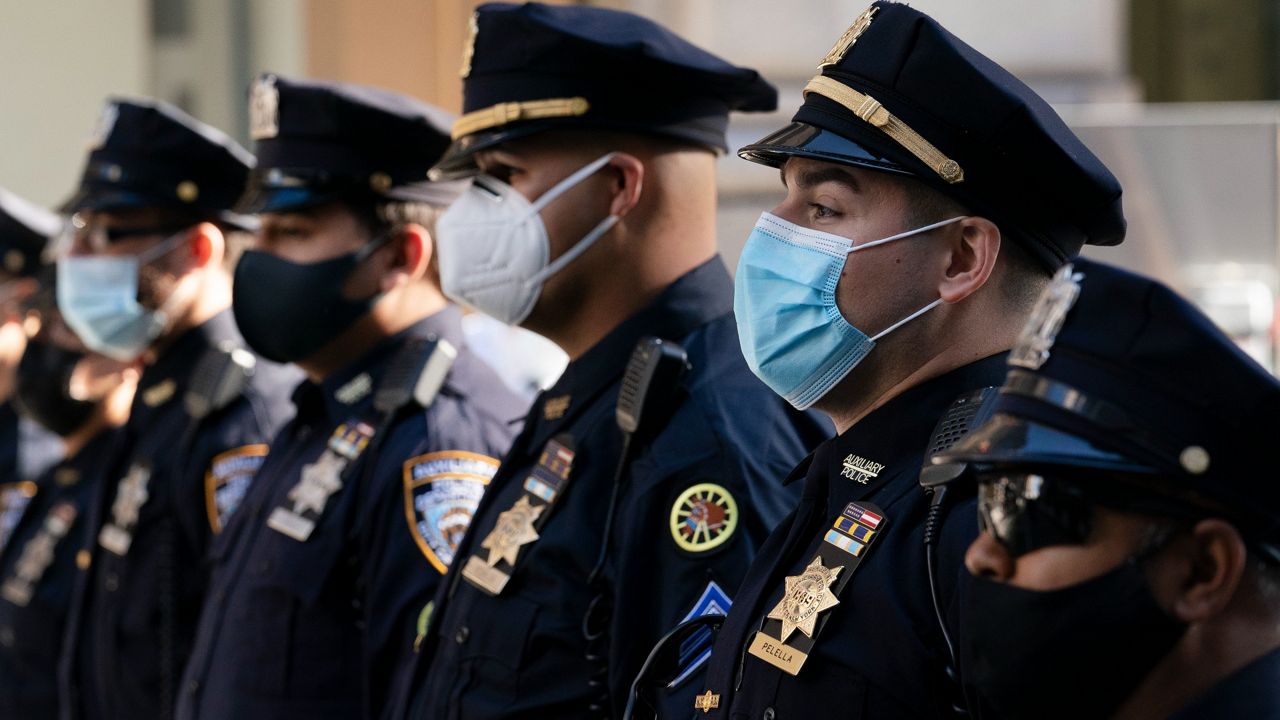 well,” Parker said in an interview.

Parker said that police and firefighters should be required to remain in the city, instead of being allowed to move to nearby counties after two years like civilian employees, because of their responsibilities in protecting city residents.

State Senate Majority Leader Andrew Stewart-Cousins told reporters Tuesday that she thought a residency requirement for police officers “makes sense,” but did not say whether she supports Parker and Cruz’s legislation.

Police union officials have said that any new residency requirement would need to come with a renegotiation of police salaries. Officers’ starting salaries are $42,500 before overtime, and state law requires them to pay New York City taxes.

“As we’ve said before, we can’t talk about residency without talking about police officers’ pay and the cost of living in this city. We look forward to having that conversation,” said John Nuthall, a spokesperson for the Police Benevolent Association.

Parker said he is currently sending his and Cruz’s bill around the Senate for co-sponsors, and hopes to bring it to the floor for a full vote before the end of the current legislative session in June.